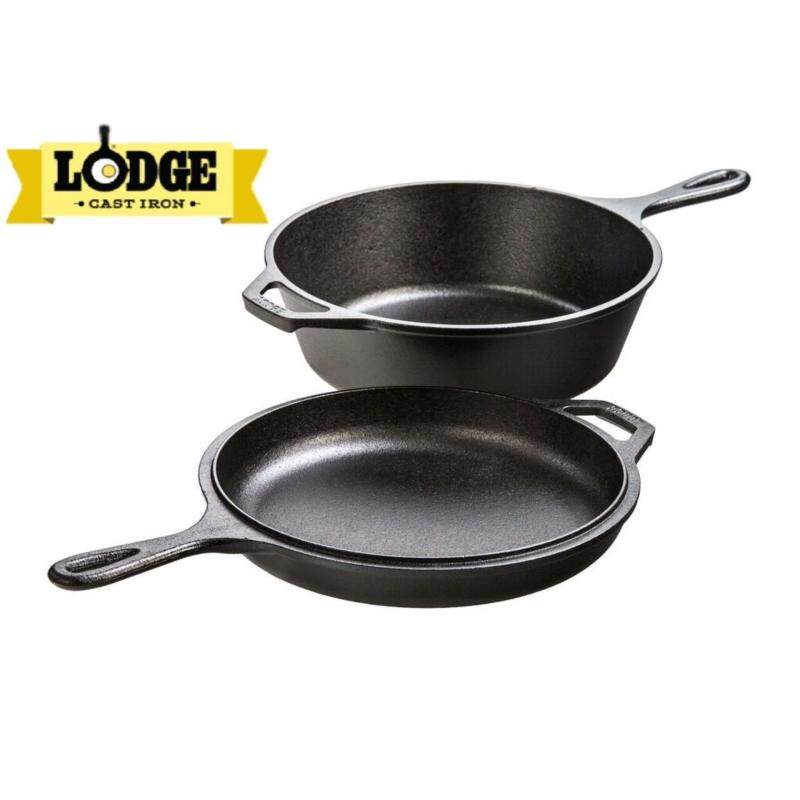 Category: Lodge
Status: In stock
SGD 159.99
ADD TO CART See where to sell

Lodge Combo Cooker It's a deep skillet, a fryer, a Dutch oven, and the lid converts to a shallow skillet or griddle. This versatile piece of cast iron cookware allows the preparation of almost any recipe. Great for kitchen and outdoor cooking. Includes a 3 qt deep skillet / Dutch oven base, and 10.25 inch shallow skillet / griddle / lid. Preseason and ready to use.  ¬Rugged cast-iron construction heats slowly and evenly  ¬Pre-seasoned with vegetable oil formula and ready for immediate use  ¬Long handles with holes for hanging, complemented by helper handles  ¬Lifetime limited warranty; hand wash with warm water only

It's a deep skillet, a fryer, a Dutch oven, and the lid converts to a shallow skillet or griddle

While the skillet comes pre-seasoned to prevent food from sticking, it works best when sprayed or lightly coated with vegetable oil before use. After cooking, we recommend cleaning with a stiff nylon brush and hot water. Using soap or the dishwasher is not recommended, and harsh detergents should never be used. Towel dry immediately cleaning and apply a light coating of oil to utensil while it is still warm.

It's a deep skillet, a fryer, a Dutch Oven, and the lid converts to a shallow skillet or griddle. The Lodge Combo Cooker is a versatile piece of cast iron cookware that allows the preparation of almost any recipe.

The black patina given to the cookware by the factory seasoning process is, in fact, vegetable oil that has been baked into a piece of cookware that has emerged from an individual sand mold. This coating of oil is a functional application and not a cosmetic application. The cookware is hanging as it rides through the electrostatic sprayer and commercial conveyer ovens at very high temperatures. This allows the oil to penetrate deeply into the pores of the iron which creates an easy release finish.

As a result of this process, you may see a blister or bubble of oil at the southern-most point or at the end of the handle of the cookware piece. If visible, it will rub or flake off with your finger, leaving a brown spot. Don’t worry, it’s not rust but a seasoned spot that is brown, indicative of the varnish stage of seasoning. As a matter of fact, this is the color of home seasoned iron until it has been used several times. The brown spot will turn black with use.

Seasoned cast iron propelled Lodge from the position of a regional manufacturer to the national stage, with Good Housekeeping presenting a “Good Buy” Award for the product enhancement. Our appearance on the national stage expanded throughout the first decade of the new century, with record sales leading Lodge to the largest expansion in our history.

While we are proud of our recent history, there is a backstory. So travel with us to the small town of South Pittsburg, Tennessee at the end of the 19th Century. Nestled at the base of the Appalachian Mountain’s Cumberland Plateau and on the banks of the Tennessee River, the town was abuzz with new opportunities.

In 1896 Joseph Lodge began a cast iron foundry, named in honor of his minister, Rev. Joseph Hayden Blacklock. Family owned, our origins were humble and our products varied, from stoves, to skillets and kitchen sinks.

As each decade passed, Lodge developed a business model to continually update and improve equipment and foundry practices. Work was labor intensive, with all of our cookware poured and cleaned by hand.

The 1950s saw the installation new molding machinery, mechanized sand delivery systems, the construction of a gas fired aluminum furnace to cast patterns for the production of sand mold impressions and a machine to clean castings.

When the introduction of new cookware metals and coatings increased competition in the 1960s, Lodge countered with a Disamatic automatic molding machine. Two years later, Lodge added an electric furnace to operate the Disamatic molding and pouring system, outpacing the capacity of the coke-fired cupola, at lower cost.

Not only did the updates meet the requirements of the Clean Air and Water legislation, by 1976 our automated processes produced as many molds in an hour as one man’s daily productivity 30 years earlier.

With the switch from antiquated electric furnaces to more efficient induction furnaces, 1991 proved to be a pivotal juncture in the green standards of Lodge Manufacturing Company. The use of magnetic energy to produce heat changed our status from a Large Quantity Generator of Hazardous Waste to a Small Quantity Generator, and we received the 1994 Tennessee Governor’s Award for Excellence in Hazardous Waste Reduction.

Eleven years after in the introduction of seasoned cast iron cookware, Lodge broke ground for our foundry expansion. With completion of the first phase in the fall of 2014, the expansion includes a new melt system, an additional pouring/molding line and most importantly—new American jobs!

In more ways than he could have ever imagined, Joseph Lodge would not recognize the business he started over a century ago. Lodge continues to be family owned and we are the sole manufacturer of cast iron cookware in US, producing over 120 different foundry seasoned cast iron items for worldwide gourmet, outdoor and restaurant markets.

Understanding the importance of safe and secure shopping, we provide our customers with a broad range of secure payment options including cash-on-delivery, where you pay in cash only when you receive your package. Be assured of product quality and authenticity: All purchases on Website are guaranteed to be genuine products, new, not defective or damaged. If it is, simply return it within 14 days for a full refund under our Buyer Protection Program. 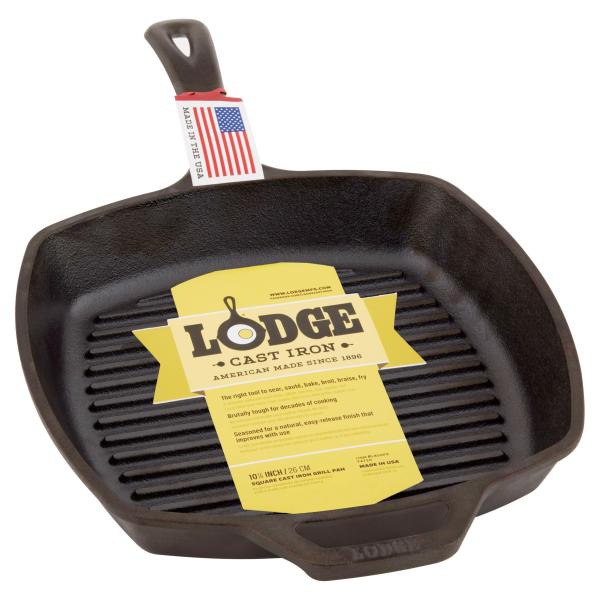 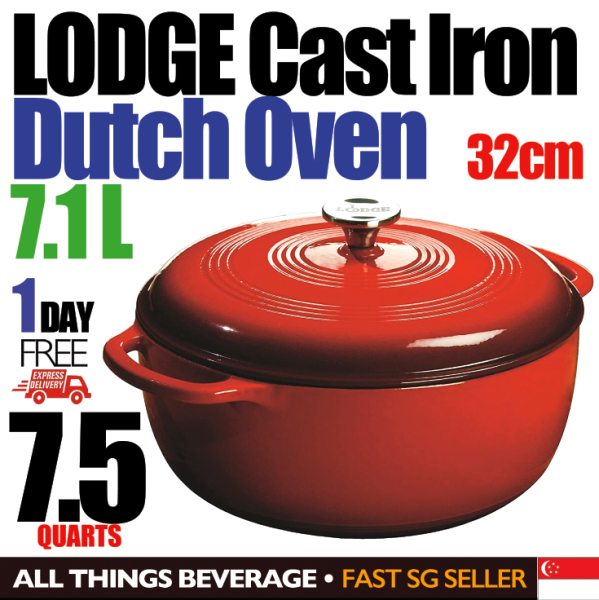 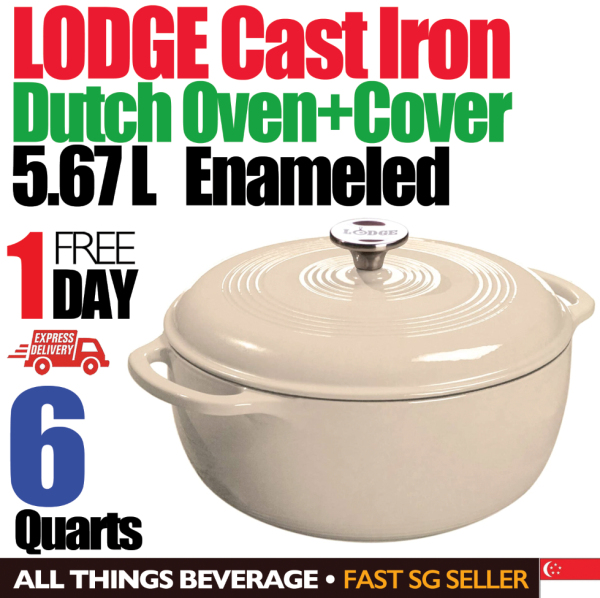 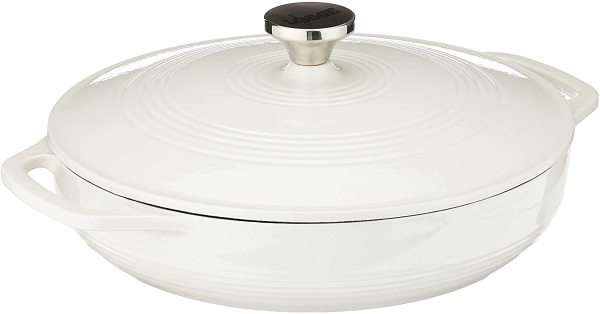 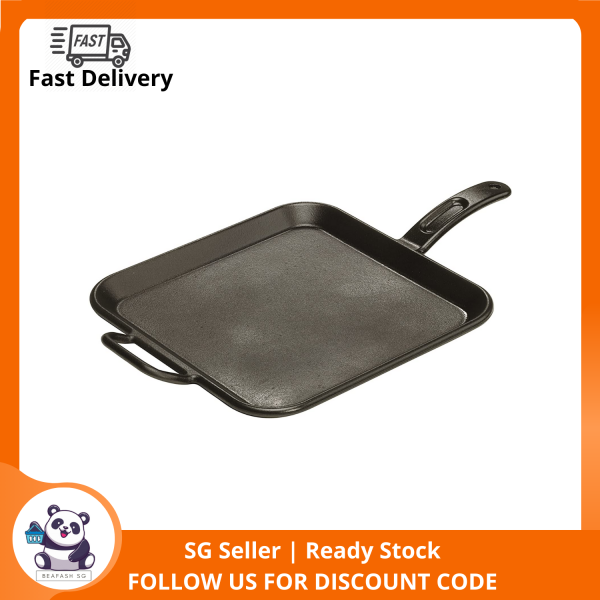 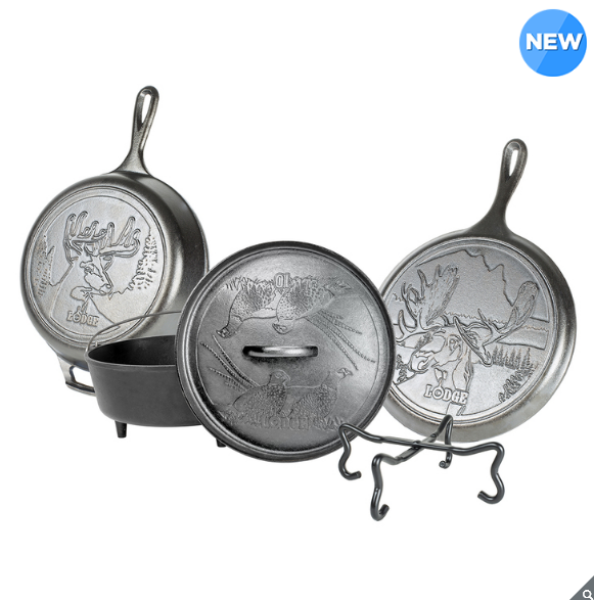 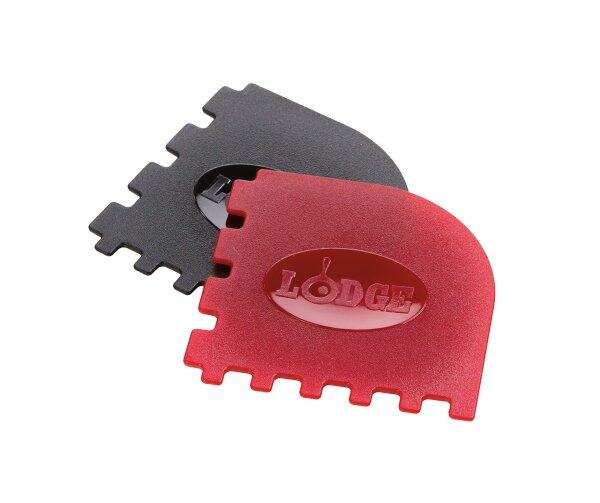 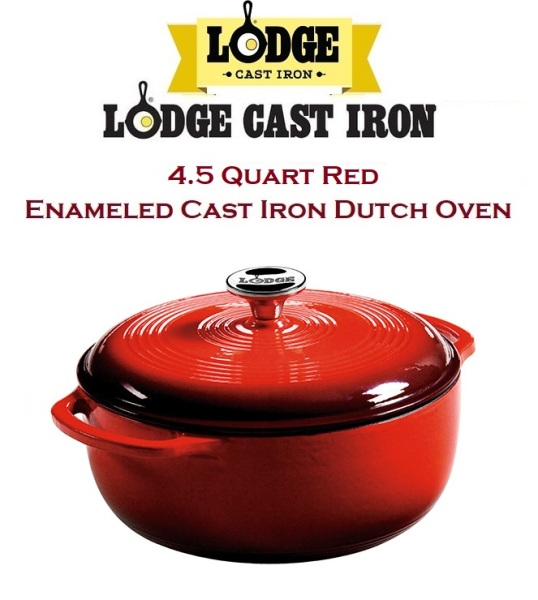 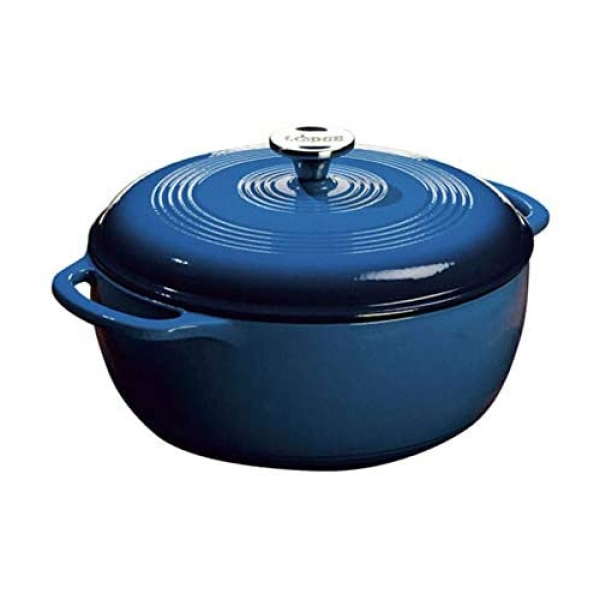 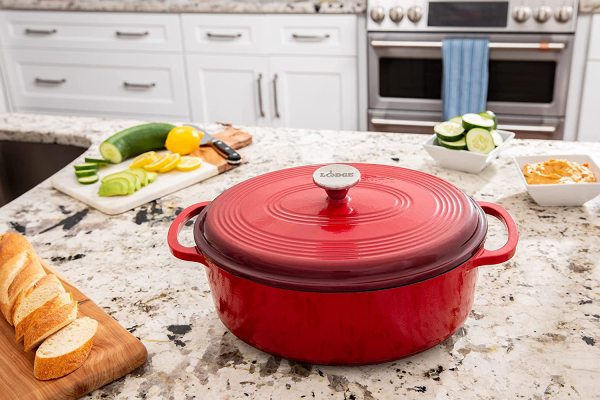 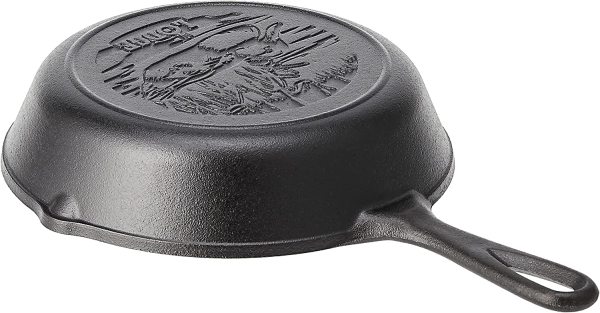 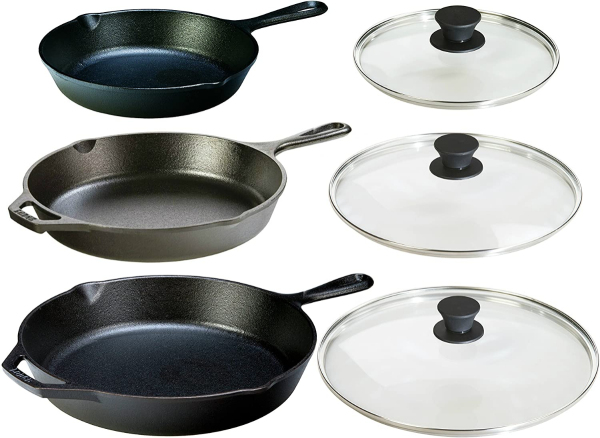 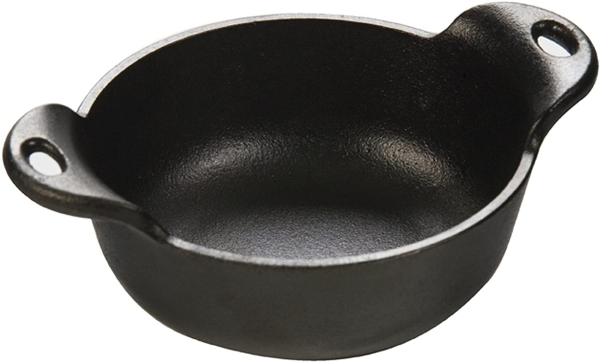 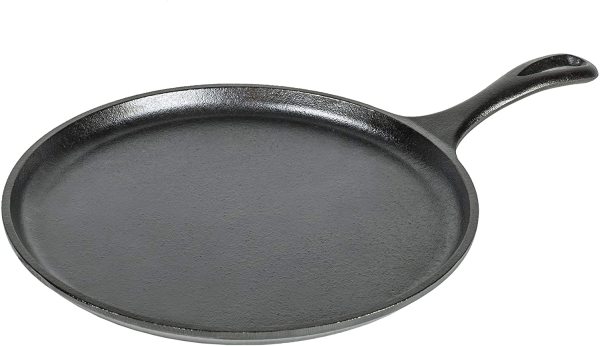 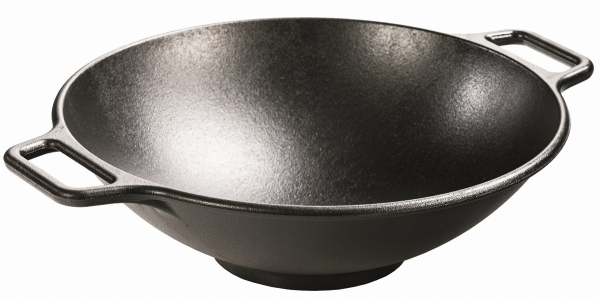 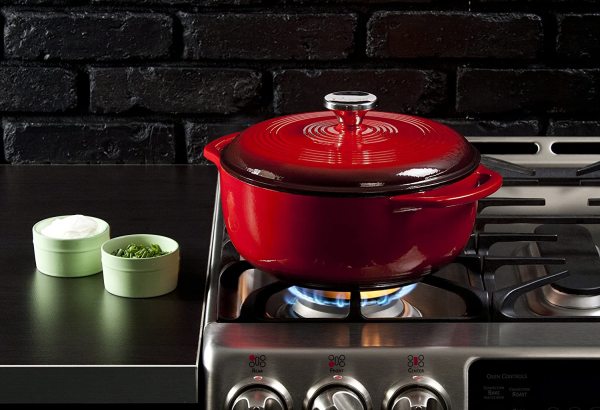